A blog of bouldering

Bouldering Outside for the First Time 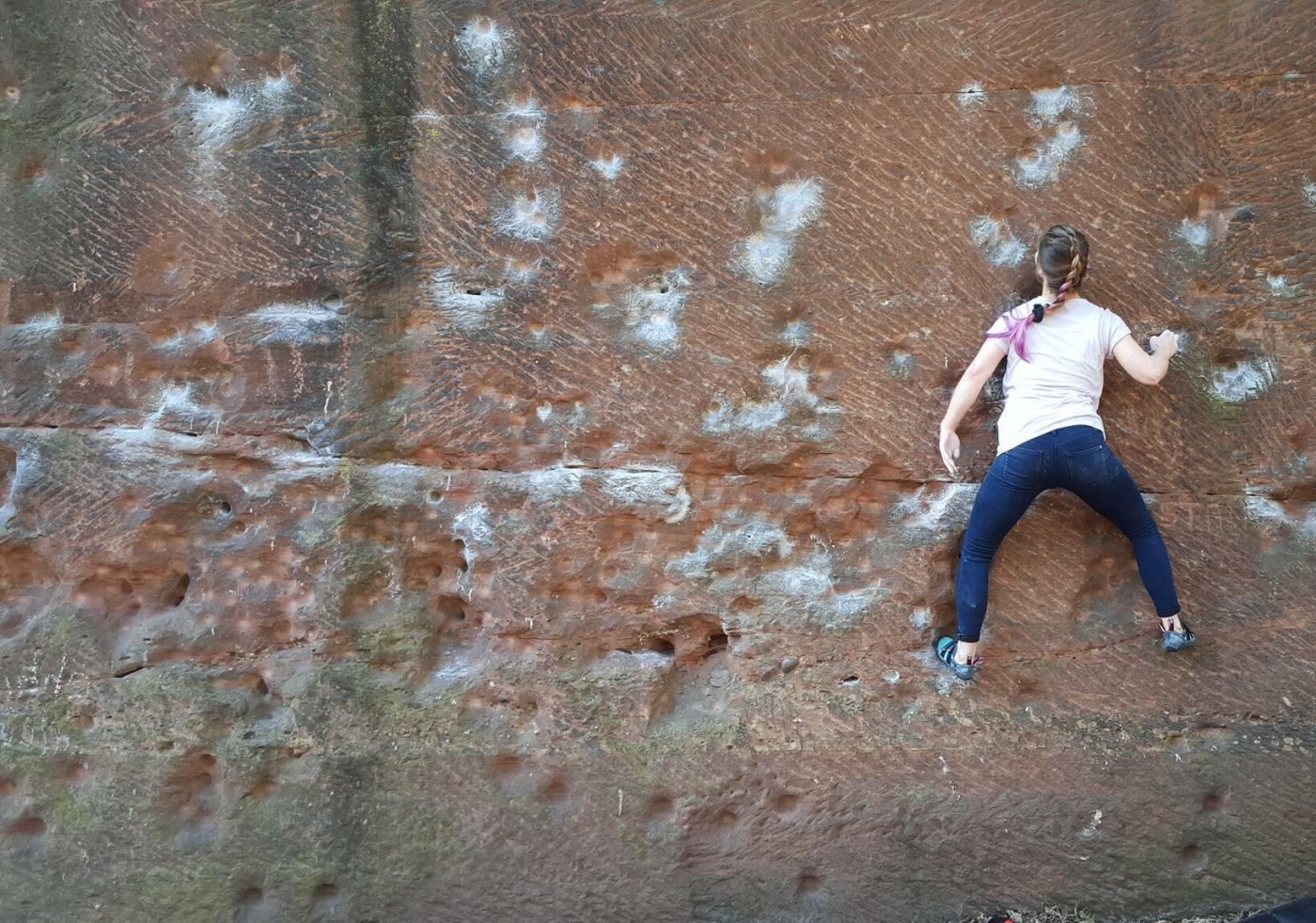 Sunday it finally happened, I got to climb outside on real rock for the very first time, and it was awesome. After watching the weather all week I was so excited to be able to head down to Pex Hill, which is the local crag I previously wrote a little post about which you can read that here.

Late morning we headed down to meet up with some friends. Having no idea what to expect I was scared at first because it was all outdoorsy and there was a much smaller crash mat under me than I was accustomed to. It took me a few tries to get use to holding rock instead of plastic, but I started to settle in and understand why there is so much love for climbing outside.

There was something so lovely about being surrounded by trees, the fresh air (or as fresh as Widnes gets) and having such a good bunch of people to share it with. As more people started to arrive the atmosphere became exciting but calm in the perfect balance. Maybe it’s because the quarry is sandstone but it was so much gentler on my skin, there’s just something better about climbing on real rock.

Other climbers were also at the quarry, and rightly or wrongly I was shocked to find our groups fusing as we climbed problems near one another. Crash pads and chalk was shared, along with beta and support. It was an experience I didn’t expect, but one I’m glad I was part of.

I only played on bouldering eliminates on Pisa Wall, and had a crack at Poor Leno, Trad Sit Down and Gorilla. After a while I just joined in with whatever was being climbed as the grade didn’t matter to me, which is probably a good thing as the problems don’t seem to correlate with the guide book.

The element I struggled with was foot placement, mostly because 99% of the handholds at Pex Hill are old bullet holes. It was tricky remembering to work my feet up, as I’m used to whacking it on a coloured piece of plastic. At the same time it was easier because I could find a small pebble to step on that others wouldn’t deem useful.

Hands down that was the best climbing experience I’ve had to date, and has made me love the sport even more. I can’t wait to get back out there, hopefully with my camera to grab some footage.

Any questions or advice on where a newbie should climb next within the north west is very welcome!