A blog of bouldering

Late January I headed out to Craig y Longridge with some friends for the first outdoor adventure of the year. Known as the stomping ground of Ian Vickers and Gaz Parry, Longridge is 100m of 20-degree overhanging quarried grit which makes it the place to get strong.

The Longridge crag backs on to Green Bank Park which was once all owned by the same landowner. However, after some resident complaints about climbers, liability worries and threats of filling in the crag, local climbers and the BMC stepped in. After a few long years they managed to settle a deal meaning Craig y Longridge is owned by climbers and the BMC. Yet since the homes are so close to the rock there are a few rules to keep the peace: no music, no dogs, and no climbing before 10am or after sunset. You can read more about the history here.

It was easy to drive and parking was no problem, in fact you can park right outside the venue in the laybys. As you can imagine January in the UK is bitterly cold and this Sunday was no exception. Due to the nature of the rock it’s perfect for traversing and of course there are loads of problems from low to high grades there too, making it a great venue for different climbing abilities. We didn’t stay too long and I didn’t climb anything as it was just far too cold for me, but it was still nice being there as I could help with spotting people as they tried a few climbs. 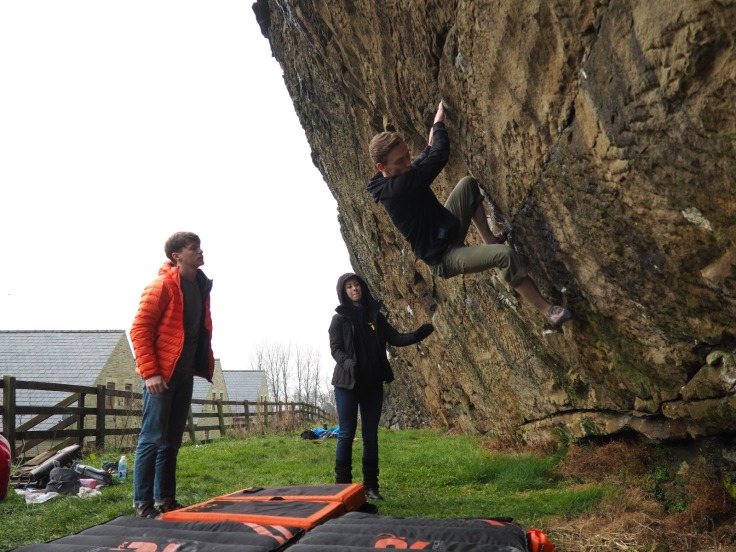 I’m really excited to head back in the warmer months, especially as I feel like I’m starting to grind through the plateau now which has given me some more confidence in my abilities.